Dash cam use appears to have no impact on driver turnover

Dashcams are becoming the norm to protect carriers against false claims and to encourage safe driving practices, and the industry is experiencing a return on its investment.

In a J. J. Keller®-sponsored survey of FreightWaves subscribers, 70 percent of respondents indicated they are currently using dash cam technology.

Dash cams are becoming a common means of recording a driver’s everyday behavior and the circumstances surrounding a crash. Dash cams can be used to observe the roadways (outward facing) and/or activities in the cab (inward facing).

Of those respondents using dash cams, nearly 60 percent use only outward-facing cameras, with the remainder using a combination of inward- and outward-facing devices.

Installation of dash cams, according to the survey, has been steadily increasing since 2017: 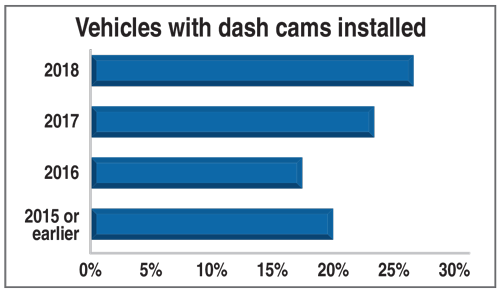 Seventy percent of carriers using the cameras have installed them in all or most of their commercial vehicles. This demonstrates an understanding that risks lie in all driving environments (urban, rural, local, and over-the-road).

Perhaps, recent, highly publicized nuclear lawsuits have convinced many to implement the technology as a defense against unsafe driving practices and claims of negligence. If that is the reason, it is not surprising 70 percent of carriers using the cameras have installed them in all or most of their commercial vehicles, since risks lie in all driving environments (urban, rural, local, and over-the-road).

Countering concerns over use

Many carriers who have not adopted the technology cite driver’s privacy concerns — and the carrier’s fear of losing those drivers after implementing dash cams. But the data doesn’t necessarily support carriers’ turnover fears.

To help minimize drivers’ concerns, especially in cases of inward-facing cameras, carriers should communicate that the technology will not monitor time in the sleeper berth, and that it’s not recording driver behavior constantly. It is only triggered by an event. 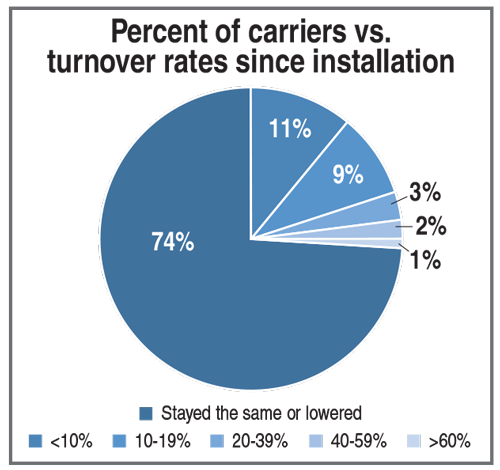 Drivers might also be reassured to know that if they are caught doing something right, rewards might follow. Even more importantly, positive footage like this can protect both company and driver in a court of law.

The benefits of using dash cams (as identified by respondents using them) suggest the desire to avoid insurance rates and claims may be fueling the increased use.

The following indicates the percentage of dash cam users who have experienced a specific benefit: 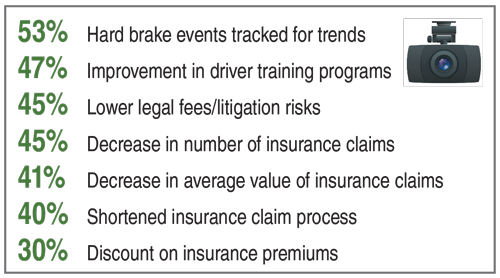 It has been said that a motor carrier is doing well if its insurance rates remain the same or increase no more than 10 percent year over year. The survey revealed that those with dash cams are seeing minimal or no rate increases: 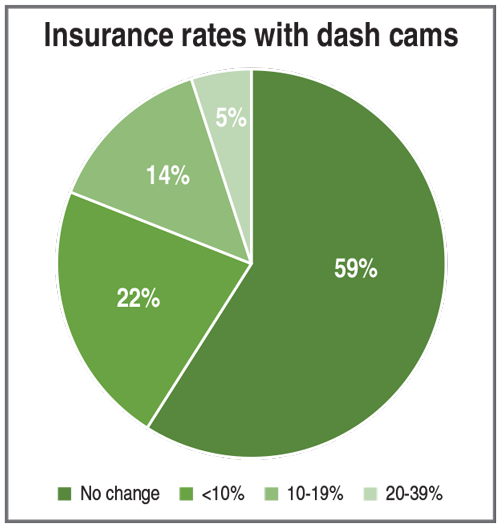 In addition, 56 percent of these same carriers believe there is a direct correlation between dash cams and a reduction in crashes.

Can your carrier attract younger drivers?