Feeling ignored? These 9 practices may help prevent you from being ghosted by job applicants

Ghosting is a slang term first used to describe the ending of a personal relationship by withdrawing from all communication without explanation.

While once relegated to the dating scene, ghosting has become a problem for HR professionals who, after spending time and resources courting a qualified job candidate find themselves completely cut off from contact (i.e., ghosted).

In today's tight job market, ghosting has become more frequent because candidates have a lot of options and technology makes it easy to apply for multiple jobs. Some candidates are just fishing to see what's out there, and others have blanketed the area with resumes and have varying interest in the jobs they applied for.

Sometimes ghosting occurs in the early stages of the process, and a candidate won't call back to schedule an interview or won't show up for the initial interview. While early-stage ghosting is annoying, it isn't that costly. More and more, however, it's happening after an offer has been extended, or even accepted, meaning time and money have already been invested in the new hire. 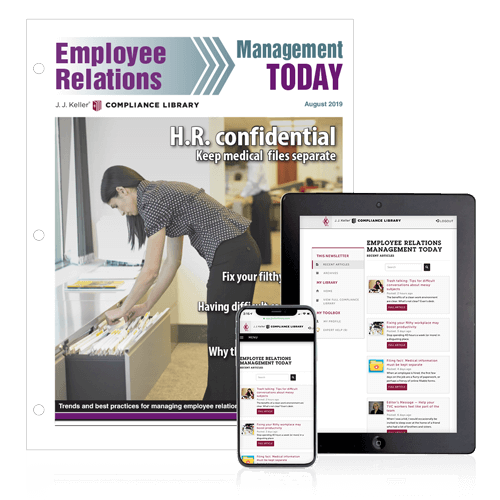 Get expert insight and advice to strengthen and reinforce employee management skills. Remind those who manage employees how workplace issues can escalate into legal action, and how their actions can result in liability for themselves and the company.

An ounce of prevention

Once ghosting happens, there's little that can be done about it, but there are some practices that may help prevent it from happening in the first place:

Key to remember: While there's nothing you can do to completely eliminate the risk of ghosting by job candidates, there are best practices that can make it a rare phenomenon.

Thinking of adopting a leave donation program to help Ukraine? Learn what the IRS has to say about it