How have attitudes toward marijuana changed?

Commercial drivers are prohibited from using tetrahydrocannabinol (THC) in any form (marijuana, CBD products). Nevertheless, it appears that Americans in general are changing their attitudes on THC.

Take the following quiz to see just how much has changed.

Answer: False. More than 10,000 positive drug tests for THC were reported to the CDL Drug and Alcohol Clearinghouse during its first five months. Positive tests for other types of drugs were well below this number: cocaine, 3,192; methamphetamines, 2,184; and amphetamines, 1,108.

What does the quiz tell us?

Despite the increased usage and acceptance of THC, it should be a warning to motor carriers to educate drivers, supervisors, and others in the organization that FMCSA still prohibits its use. The prohibition applies to both CDL and non-CDL commercial motor vehicle drivers.

FMCSA's Extension to the Emergency Declaration

Evaluating your pickup and delivery sites ahead of time

Operation Safe Driver Is A Go 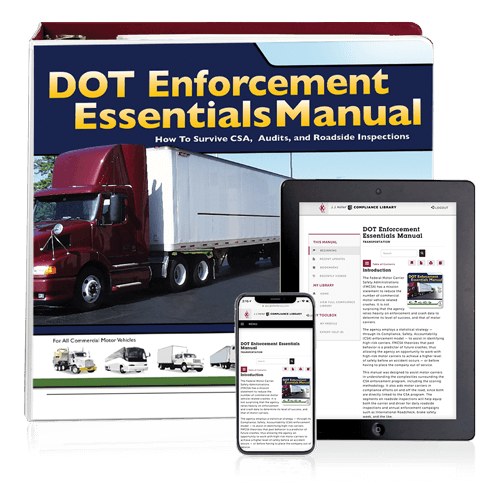