During hotly contested elections, supporters on all sides tend to want to show support for their candidate by donning political gear. Some are subtler, like bumper stickers on personal vehicles or yard signs at home, which are less likely to cause a commotion at work. Other items might pierce the workplace bubble, like pins on backpacks or T-shirts on casual Friday, putting the political conversation front and center.

YOU MAY: Generally, employers may ban political paraphernalia in the workplace. As long as the bans are enforced consistently (remember, they even apply to the CEO), a policy prohibiting the display of political gear on the employee’s person, at their desks, or on company property is usually acceptable.

YOU MAY NOT: Employees are still permitted to discuss their working conditions, even if it occurs in the form of a political discussion. If an employee wants to wear a button supporting a particular candidate’s stance on minimum wage, this type of display could be protected by the National Labor Relations Act (NLRA).

YOU SHOULD: Remember that your employees are not robots, and they likely have political opinions. Don’t expect them to check their ideals at the door, but do expect them to follow your policies and behave respectfully at all times.

Key to remember: If you don’t already have one, create a policy regarding political paraphernalia in the workplace. Then enforce it consistently.

The Fair Labor Standards Act (FLSA) does not require paying non-exempt employees for time not worked, including time taken to vote in state or federal elections. This type of time is generally a matter of agreement between an employer and an employee.

While federal law does not require time off to vote, many states and some cities do require this, and some even require paying employees who take time to vote. If you’re not sure, call your city or county clerk’s office to find out if time off to vote laws apply in your location.

Under the FLSA, employees who are classified as exempt cannot be subject to a salary deduction for partial-day absences taken to vote. However, exempt employees can be required to use vacation or other paid time off to “cover” the absence or may be required to make up for missed working time.

Consider providing information about absentee voting, or early voting, to minimize disruptions on election days. Voting by absentee ballot can also make the process less stressful for employees, since they won’t have to wait in line on election day.

Under the influence over video chat

How to donate PTO and help COVID-19 victims

The power of recognition in retaining employees 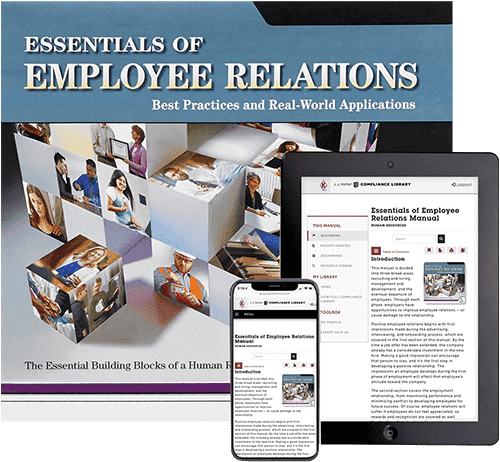