OSHA to get more bite under Infrastructure bill

When President Biden introduced The American Jobs Plan, it was immediately called the “infrastructure plan” due to its investment funding for roads, rails, bridges, and more. But, of importance for safety professionals and employers, the plan would also strengthen OSHA and other agencies to the tune of $10 billion in funding for enforcement, as well as increased penalties for workplace safety violations.

But, how will the Plan actually change OSHA penalties?

While we don’t know whether the penalty plan will ultimately move forward, it should be on employers’ radars. It’s the latest action signaling a tougher enforcement landscape for OSHA.

In fact, one of the first actions taken by the new administration was signing an Executive Order for OSHA to implement a National Emphasis Program on COVID-19 exposure. The Agency promptly did that in January, with a rigorous and broad targeting effort that is already underway.

Several labor advocates have called for an increase in the number of OSHA enforcement personnel, which dropped significantly over the past couple of years. Employers should prepare for an OSHA that has more capacity to respond quickly to complaints or emphasis areas. To that end, President Biden has already asked for a 14-percent increase in funding for the Labor Department (DOL) for 2022, with a huge chunk devoted to enforcement of workplace safety, wage, and benefits laws. In fact, the request includes $14.2 billion for DOL, a $1.7 billion increase over 2021.

In addition, OSHA has resumed publishing press releases when employers are cited – a tactic known in the past as “Regulation by Shaming.” Last year, the Agency stopped issuing press releases related to citations. But the new administration has not been shy about publicizing enforcement actions, which often end up being picked up by media outlets. For example, in one news release, OSHA said a company had “repeatedly disregarded the safety of their employees.” In another, the Agency pointed out willful actions on the part of the employer: “Management’s knowledge of these hazards and their failure to correct them led us to cite these conditions as willful violations.”

What can you do?

Employers should immediately review their safety and health programs to ensure compliance. While no employer is guaranteed to be inspected by OSHA or other Labor Department agencies, the chances are increasing, and the penalties for violations may be higher. Employers should keep an eye out for upcoming policy changes and be prepared to adjust accordingly.

Air sampling basics you should understand

Avoid placing loads on the leading edges of your excavations 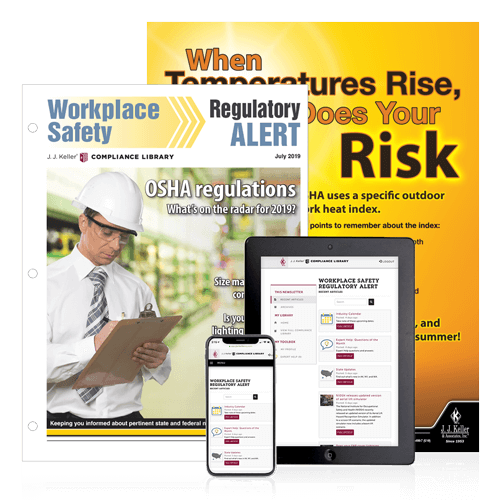