If you haven’t noticed, this national election is emotionally charged, making it difficult for some to leave political opinions at home.

As we approach November, I want to caution managers about political conversations in the work environment. Depending on the nature, they may be a violation of employment laws, or at a minimum, inappropriate.

As a manager, you probably can’t control the conversations between your employees, and may even feel it’s not the company’s role to monitor these interactions.

However, even one comment in poor taste can damage an employment relationship. It is important to nip such a comment in the bud before it leads to another and becomes personal. You don’t want your work environment seen as intimidating, hostile, or offensive, constituting unlawful harassment if conversations shift into race, gender, religion, and so forth.

Held to a higher level during political times

As a supervisor, you must watch your conversations as well. One comment in poor taste may not only offend your subordinates but could also put them on high alert for further comments rooted in bias. Any future actions taken by you may become suspect. Employees might begin to wonder if any adverse employment actions are motivated by your political leanings or personal feelings.

Legal implications aside, politically charged conversations have the potential to be a serious distraction for your employees. They can inhibit productivity and even strain relationships between employees.

Your company should decide whether it will discourage political commentary during work time. If you have a preference that employees limit such discussions, be sure to communicate this and make sure it is understood. Note that these limits cannot infringe on the employee’s rights to discuss, for example, minimum wage, in context of the election.

UCR registration should be back on track

Last chance to prepare for Roadcheck

One application to rule them all? Not so fast 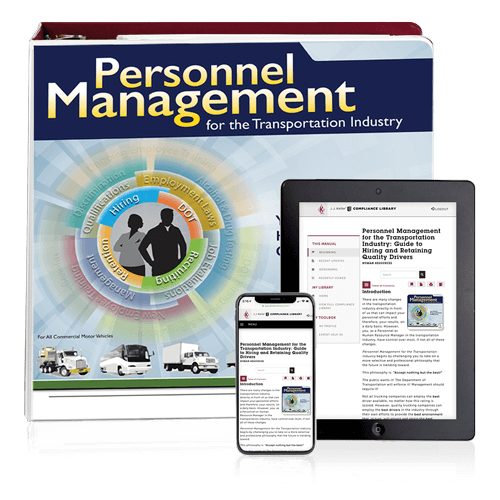 Personnel Management for the Transportation Industry