The benefits of a diverse team are many, including an improved ability to serve a diverse customer base and a greater variety in ideas. However, diversity can also be a source of conflict, which can get complicated, especially when protected characteristics seem to be at odds with one another.

For instance, do you know what to do when an employee’s sexual orientation or gender identity (which may be protected in your state and/or in your organization) collides with another employee’s religious beliefs?

Let’s say one employee, Lara, approaches you, saying she doesn’t feel comfortable working with another employee, Ted, because Ted is openly gay. Lara’s religious beliefs tell her that Ted’s “lifestyle” is wrong, so she has asked to not be required to work with him directly. However, the nature of both their jobs requires interaction. Sometimes the two employees will even need to travel together. 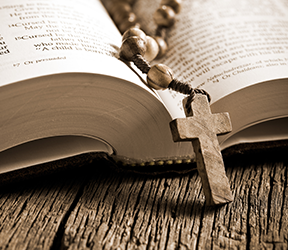 In the example just given, Lara’s religious beliefs may well be that homosexuality is wrong, but they likely don’t expressly indicate that she cannot have contact with individuals who are gay. Your employment practices probably don’t require Lara to accept or support homosexuality. Simply asking her to work with Ted respectfully shouldn’t require a religious accommodation.

In contrast, if your company sponsored an event supporting the LGBT community and asked employees to attend, Lara might have more standing to request to be excused based on her religious beliefs.

No matter what an employee’s beliefs about sexual orientation or gender identity, your company probably prohibits both harassment and bullying. It’s not only within your rights as a supervisor — it’s your duty — to ensure employees refrain from these activities, even if they believe their behaviors are justified by religion.

For instance, consider Lara and Ted again. Lara still believes that Ted’s sexual identity is wrong, but she believes she can help him by encouraging him to join her church. She asks him daily and continues to remind him even after he has politely declined and even asked her to stop bringing it up.

The situation has gone far enough that Ted asks you to speak to Lara. When you do, Lara says she feels it’s her religious duty to help him.

While a certain amount of religious expression in the workplace may not cause any problems at all, Lara has gone too far. The point at which her conduct began making Ted feel uncomfortable is a good place for you to get involved. Because Lara continued in her attempts to convert Ted even after he asked her to stop, her persistence could qualify as harassment.

In such a situation, you might explain to Lara that you don’t need her to agree with Ted’s lifestyle, but you do need all employees to respect one another and their differences. Her religious expression alone isn’t the problem, but attempting to force her beliefs on others is not protected.

What not to say