In 2018, OSHA responded to over 11,000 reports of serious injuries (i.e., fatalities, hospitalizations, amputations, and losses of eye). Approximately 7,000 of these reports resulted in Rapid Response Investigations (RRI), while nearly 4,000 resulted in actual on-site inspections.

What does this mean for serious injury reports?

OSHA is spending more enforcement resources on unprogrammed activities, such as those initiated based on serious injury reports, and fewer on targeted enforcement, such as National and Local Emphasis Programs.

And, the agency shows no signs of changing course. For the FY 2020 budget proposal, the Agency is expecting similar numbers as the past couple of years. 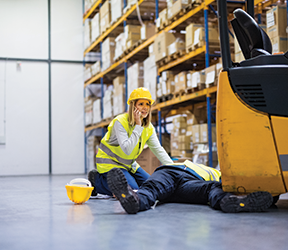 When an injury report is made

When an employer learns of a work-related injury meeting the reporting criteria, the employer must promptly notify OSHA, who will obtain general information about the injury and the incident leading to it.

OSHA has a policy to “triage” reports that come in, to standardize which types of reports trigger an on-site investigation versus other types of interventions.

Currently, OSHA is putting the reports into three categories. The highest level category, which automatically trigger an on-site inspection, include:

The next category include reports that do not ?t into the “automatic” category, but do have other characteristics that OSHA considers serious, such as:

In this second category, OSHA area offices are encouraged to conduct an inspection, but not required to do so.

When OSHA determines that no Category 1 or 2 situation exists, the Agency will conduct an RRI (investigation conducted over the phone and via mail).

Key to remember: OSHA inspections are continuing to be driven by reports of serious injuries. So, if you have such an injury, be prepared for an inspection. But, note, the more information you provide about corrective action, the less likely you are to have an inspection, except for situations that fall into the “automatic inspection” category.

Training Focus — Everybody’s got light bulbs — but what do you do when you’re done with them?

When the spark between you and your batteries is gone... 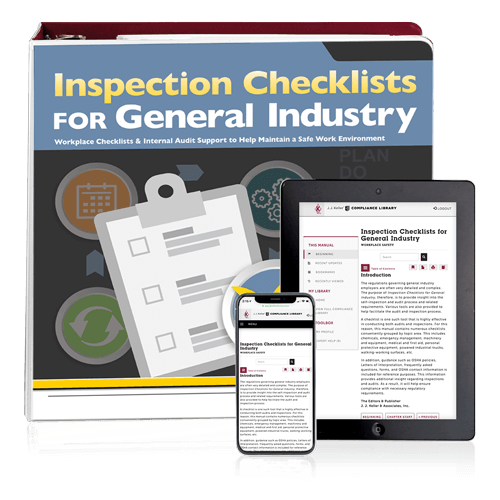 Provides a step-by-step process for planning, conducting, and documenting workplace inspections and audits.