Set personal conveyance limits, for the sake of safety and liability

Federal guidelines issued last year for “personal conveyance” – the off-duty use of a commercial vehicle for personal reasons – set no limits on how far or how long drivers can remain off duty while driving.

This begs the question, “Should you set your own limit?” A better question might be, “Can you afford not to?”

Allowing unfettered use of the personal conveyance (PC) provision – even if such use is allowed under the regulations – is asking for trouble and can put a motor carrier into legal jeopardy. 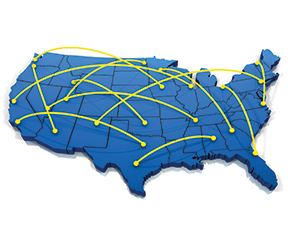 Recall, for example, the major crash in 2014 in New Jersey in which a tractor/trailer struck a limo in a work zone, killing one passenger and seriously injuring four others. Federal investigators found that the day before the crash, the truck driver made a 12-hour, 800-mile overnight “commute” from his home in Georgia to his workplace in Delaware. The driver logged the entire trip “off duty” and then reported for work without getting any sleep.

Though highly unsafe, the driver’s off-duty commute to work did not violate federal guidelines for personal conveyance or the hours-of-service rules. Despite that, the carrier was liable for failing to protect public safety by letting a fatigued driver behind the wheel, and reportedly paid a multi-million-dollar settlement.

This high-profile crash may have been one reason the Federal Motor Carrier Safety Administration (FMCSA) says motor carriers and drivers must take fatigue into consideration when allowing a driver to commute off duty to and from work in a commercial vehicle.

When commuting on personal conveyance, “the commuting distance combined with the release from work and start to work times must allow the driver enough time to obtain the required restorative rest as to ensure the driver is not fatigued,” the FMCSA’s guidance now reads.

Though “enough” is not defined, this language creates a standard of care that motor carriers must follow and enforce.

Unlimited use of PC also sets up a conflict with enforcement, which views long-distance personal conveyance as questionable at best, and downright dangerous at worst. That’s one reason the Commercial Vehicle Safety Alliance (CVSA) is now asking the FMCSA to further limit PC usage.

“[A] driver could, in theory, drive hundreds of miles over the course of several hours all under the designation of personal conveyance,” wrote CVSA executive director Collin Mooney in a recent letter to the FMCSA.

The need to set a standard of care for public safety, prevent fatigued driving, avoid roadside citations, and limit liability all highlight the need for a company policy setting PC limits.

The specific limit you set through company policy will depend on a variety of factors, such as how long your drivers commute and how long they work each day. No single limit is a good “standard” for the whole industry, but the end goal is always the same: to keep fatigued driving at bay.

That being said, many companies set a fixed limit of 50 miles or one hour per day of PC. This is similar to the limit in Canada, which is 75 kilometers, or about 47 miles per day. (Canada also requires that the vehicle is empty, trailers are detached, and odometer readings are recorded before and after PC.)

You may also choose to set a limit based on a percentage of overall daily mileage. For example, with a 10-percent limit, an individual who drives 500 miles in a day can use PC for an additional 50 miles that day. A percentage might be useful in a mixed fleet, where some individuals drive much more or less than others.

A final method could be setting a geographic limit – such as requiring drivers to stay within one municipal area or a 100-air-mile radius – using GPS tracking to enforce it.

The FMCSA’s current PC guidance can be found under Question 26 in the agency’s official interpretations for §395.8, but again, carriers should consider sharpening that guidance with their own limits. Whichever type of limit you choose, make sure it’s written into your company policy, communicated to drivers, and enforced.

When can I challenge a roadside violation on an inspection that’s not mine?