The end is near: Complete your random testing by December 31st

Among the top 20 critical violations found during DOT audits each year is a failure to conduct enough random drug or alcohol tests.

As the end of the year approaches — and holidays and vacations impact drivers’ schedules — be sure to meet the minimum random testing requirements of §382.305.

The rule requires that motor carriers randomly test at least 10 percent of “the average number of driver positions” for alcohol and 25 percent for drugs, annually.

Carriers that wait too long to schedule their final random tests of the year run into problems when faced with increased holiday business, vacations, company shutdowns, and other unforeseen events. Selected drivers might be unavailable for testing before time runs out.

The following are answers to some common questions involving random testing requirements as we close out 2019.

Do we need all test results by December 31?

Having the test results in hand by December 31 is recommended, although simply completing all tests by that date is allowed, even if the results are not received until sometime in the new year, according to the FMCSA.

What if we completed all our tests but still don’t have enough?

If a motor carrier performed all its scheduled random tests but comes up short on its annual numbers, it can perform a supplemental draw of names to reach the 10- and 25-percent rates. The selection must be random and the tests must be performed by the end of the year.

What if a driver is on vacation when his/her name is drawn for a random drug test?

You have two choices when a selected driver is on vacation and you’re approaching the end of the year:

Note that another option — at other times of the year — is to hold the driver’s name until the next selection period, when the driver is back to work. That likely won’t be an option if you’re trying to meet your end-of-year minimums.

How do you calculate the annual “average number of driver positions”?

The answer depends on whether you have fluctuations in the number of driver positions you have.

Keep in mind: the annual testing rates are based on driver positions, not the number of drivers you employed or used during the year.

Key to remember: As the end of the year approaches, make sure you’ve conducted enough random drug and alcohol tests to meet minimum FMCSA requirements.

Your driver wants what? Reasonable accommodations in trucking 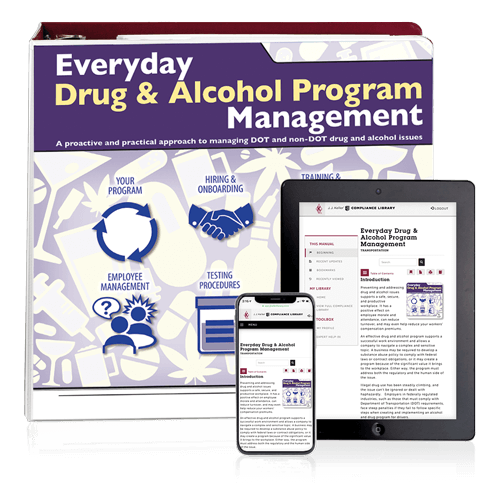