The week — not the hour — is king for minimum wage compliance

An employer may pay employees less than minimum wage for certain hours of work, as long as the individual is paid an average of at least minimum wage for all hours worked in a week, the U.S. Court of Appeals for the Ninth Circuit recently ruled.

In this case (Douglas v. Xerox Business Services), customer service representatives were paid at different rates depending on the tasks performed. For some tasks, including training and meetings, they were paid at a flat rate ($9.04 per hour).

For other tasks, the company paid a variable rate, depending on metrics like customer satisfaction and call length. For instance, an employee with the best quality and efficiency on calls could receive as much as $0.25 per minute ($15.00 per hour). Those lacking in the quality and efficiency departments could receive as little as $0.15 per minute (or $9.00 per hour). 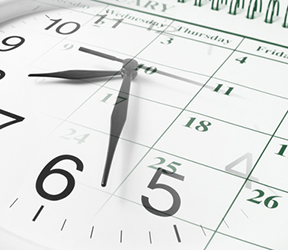 No wages for certain tasks

Since these wages are all above the federal minimum wage of $7.25/hour, everything seems aboveboard so far. But here’s where it gets trickier: after meetings, trainings, and customer calls, the tasks that remained for employees had no specific designated rate.

The employer essentially ignored any work time spent on non-recognized activities. That meant that for certain time periods during their work days, employees received no wages at all.

At the end of each week, for each employee, the company took wages earned from defined activities during the week, and divided them by the total number of hours worked that week. As long as the employee had earned more than minimum wage for the week as a whole, the employer made no adjustments.

Employees for whom this calculation revealed earnings of less than minimum wage in a particular week had their wages adjusted up to minimum wage for all hours worked that week.

In this case, even though the Ninth Circuit called the employer’s comp plan “mind-numbingly complex,” it didn’t find that the organization violated the requirement to pay minimum wage. The court noted that under the Fair Labor Standards Act (FLSA), “the relevant unit for determining minimum-wage compliance is the workweek as a whole, rather than each individual hour within the workweek.”

This “per workweek” standard is one that has already been endorsed by the Second, Fourth, Eighth, and D.C. Circuits. The Ninth Circuit noted in its opinion that, apart from the lower court in this case, just two district courts — one in Rhode Island and one in Massachusetts — have rejected the per-workweek measure.

Why not a straight wage?

A straight wage makes it easy for employees and employers to quickly recognize that minimum wage requirements are being met.

But while the compensation structure in this case is intricate, such a setup may help motivate employees to perform well on — and devote their time to — certain tasks.

Employers in most states have circuit court guidance to support such a plan. They can also take comfort in enforcement guidance from the Department of Labor, which indicates that the employer’s chosen work period will be treated as the unit for minimum wage purposes.

However, companies that choose to implement such a structure might want to consider communicating their legal standing to employees, since it’s common for workers to believe their minimum wage rights pertain to each individual hour worked.

Key to remember: The Ninth Circuit joins several other circuits in the opinion that employees may be paid less than minimum wage for certain hours, as long as they are paid at least an average of minimum wage for all hours worked in the workweek.

This article was featured in the Employment Law & Regulatory Alert newsletter.

The Employment Law & Regulatory Alert newsletter explains why you need to care, what you need to do, and how your business could be affected by HR industry news and hot topics. Click Here to trial this newsletter for free or view our full library of HR compliance publications.